HomeIFFI's column in Evmi´́Plant-based? We still have to find the Holy Grail´

´́Plant-based? We still have to find the Holy Grail´ 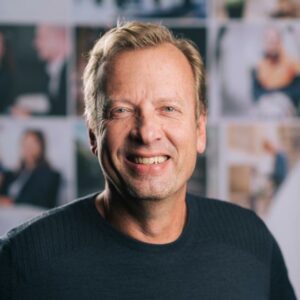 Maiko van der Meer is CEO and co-founder of Novish, a company that offers plant-based fish substitutes that are 100% soy free and have a similar taste and texture to fish. That sounds great, but there is still a lot of work to be done. The Holy Grail has yet to be found, Van der Meer will explain all about it at the Food Technology event during his lecture at the IFFI program on April 14th next.

The global plant-based industry is growing rapidly and has a major requirement for novel, tailormade food ingredients to achieve improved taste & texture at affordable costs and adhering to the latest sustainability requirements. What does it take to successfully tap into this exciting market.´It´s not easy¨ says Maiko van der Meer

Van der Meer: ¨We are actually doing the same as the companies that replace meat with plant-based proteins. However, I have noticed that fish is even more difficult to make it  a tasty product. A major technological challenge of the global transition. Think of a salmon, which has a very specific structure and bite. Difficult to imitate. A lot of development work is still needed to make a good fish alternative. Cans of tuna, fish fingers, we can all do that. But a fish fillet without coating is still the challenge.¨ He adds: ¨We do not need any real specific technology for this. Some are trying it with 3D printing, for example. But so far, no successful attempt has been made to imitate the structure.´

Plant-based is therefore an opportunity, but at the same time a threat according to Maiko van der Meer: It’s such a hype, everyone is working on it, but people don’t think through what exactly is needed so that the customer really recognize the product on the shelf as a ´normal product´. A product that tastes good, easy to prepare. In addition, costs as well as sustainability must be considered. Again, it is wonderful that every company in the food world is doing it, but it has to be done with care. Once a consumer has a bad experience with a product, he won’t buy it the next time. So marketing semi-developed products is not a good idea. If the product is too expensive, the customer may buy it once, but then switch back to the animal version.

Maiko van der Meer adds: ¨I already mentioned sustainability. Plant-based products are often made from soy. We cut down entire forests in Brazil for that. I don’t think it is acceptable  to produce Vegaburgers in Europe from Brazilian soy. We have to bring it closer to home, and that is quite a discussion.´

What is your ultimate dream to eventually put on the market? Van der Meer : ¨That’s a good quality smoked salmon. In a previous life my company was the market leader of the salmon world. So now I want to prove that a good, tasty salmon on a vegetable basis can really exist.¨